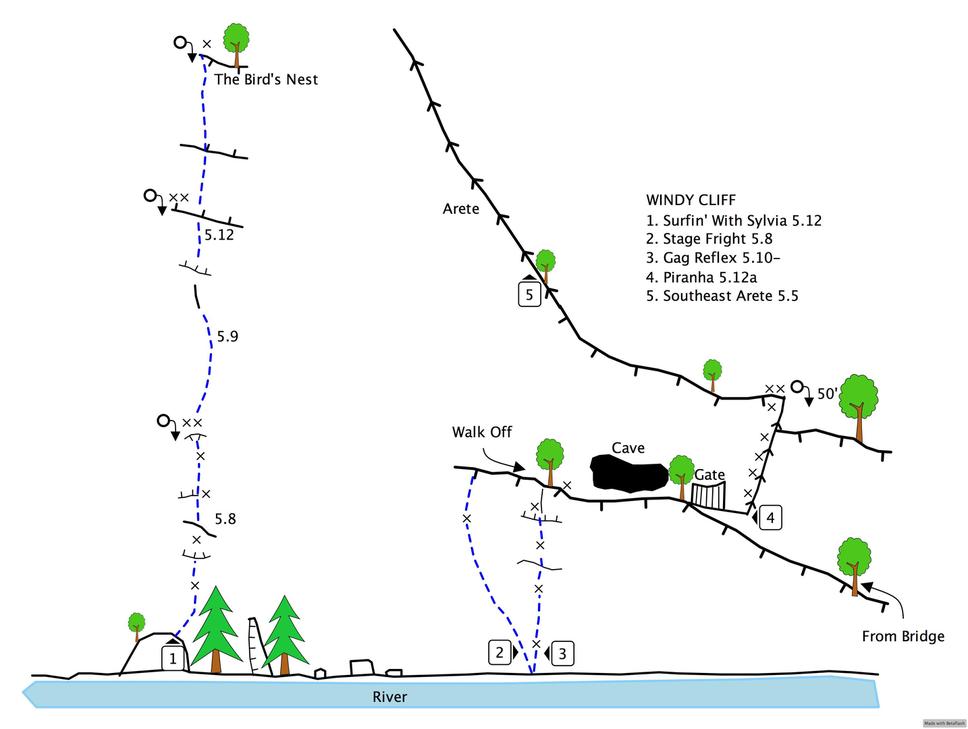 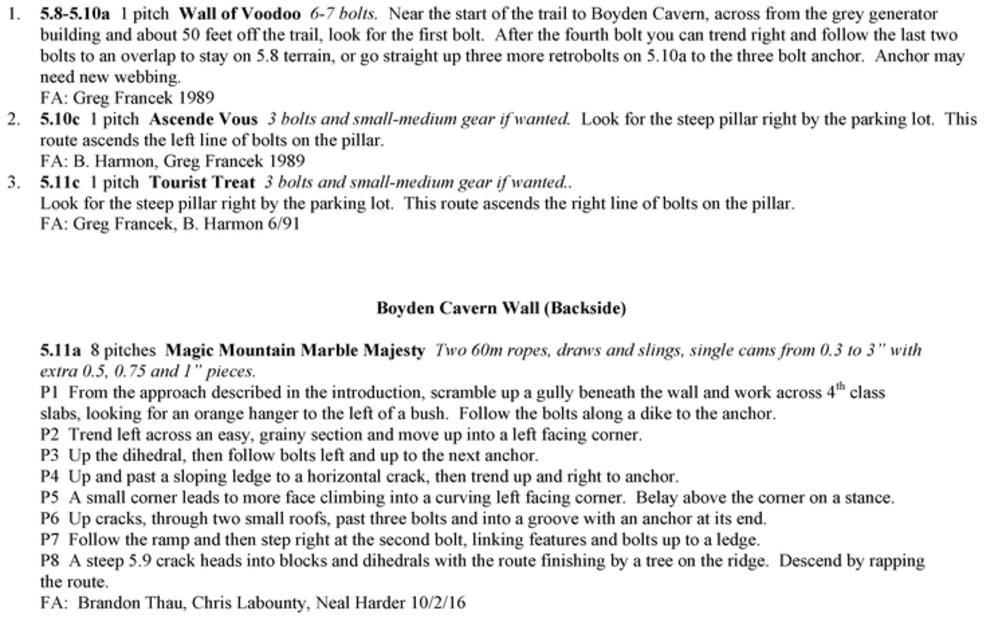 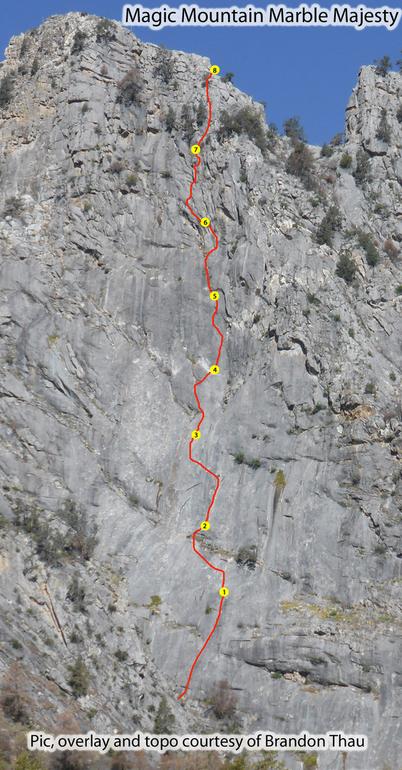 NOTE:  The Rough Fire in 2016 burned much of this area.  Some of the trees may be missing and the bridges on the Boyden Cavern trail were burned so take care when crossing until they are repaired.

The Boyden Cavern area is unique because it is composed of metamorphosed limestone, also known as marble.  Driving on the 180 through thousand-foot-tall marble towers is an experience in and of itself and this entire area is called the Windy Cliffs.  When the rock isn’t polished into a countertop or a coliseum it can range from kitty litter to bullet hard.  Be careful with gear placements as sometimes they do not hold well in marble.  The routes described here generally follow high quality and often sharp rock that retains some of its limestone characteristics and lends itself to sport climbing, unlike most areas in SEKI.  Many of the climbs are right off the road or trail, if anyone asks you to stop climbing it’s best to just say sorry and move on.  It is allowed but let’s stay under the radar and keep it that way.

Marble is soluble in slightly acidic rainwater and is therefore home to all the parks 300+ solution caves.  Well, the Boyden Cavern area isn’t technically in SEKI, but whatever.  Anyway, when you are on marble in the park you are likely near a cave.  PLEASE respect them and it is best not to venture inside unless you or someone in your group is experienced in caving.  Not only for safety, but because caves are fragile ecosystems.  The formations are old and delicate and many of the caves in SEKI are home to tiny endemic organisms, meaning they live nowhere else in the world except in their home cave.  Most are extremely small and may be in the dirt under your feet, along with delicate crystals that sometimes form in the dirt on the floor of caves.  Basically, if you enter a cave please leave it how you found it and don’t give land managers a reason to build another gate.  Even the oil from your skin will stop the growth of most formations if you touch them.  If you want to see a beautiful cave sign up for a tour of Boyden Cavern or Crystal Cave, the two guided cave systems in the area.

Boyden Cavern is on Highway 180 in between Grant Grove and Road’s End in Kings Canyon.  It is the low point on the road, right where it crosses the South Fork of the Kings River for the first time.

This one is easy, the routes are right in the parking lot or along the trail to Boyden Cavern.  You can literally belay from your bumper.

To Boyden Cavern Wall (Backside):
Take the trail towards Boyden Cavern from the parking lot.  At the first switchback, when the trail cuts right, go over the rail and onto a use trail.  The use trail continues east to a beautiful swimming hole called Tarzan Falls on Boulder Creek, but to get to the climb you leave the trail and contour right and up to the back of the Boyden Cavern Wall.

The entire marble intrusion in this area is technically called the Windy Cliffs, but for this guide it refers to the small section across the river from Boyden Cavern, just downstream from the bridge.  Some routes are approached from a use trail directly off the road while others are approached from the river’s edge.  The latter are best saved for low water months. 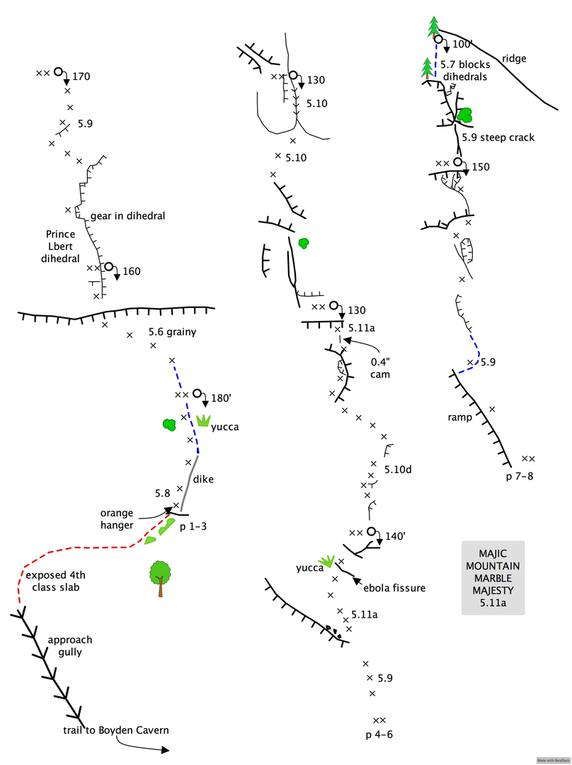