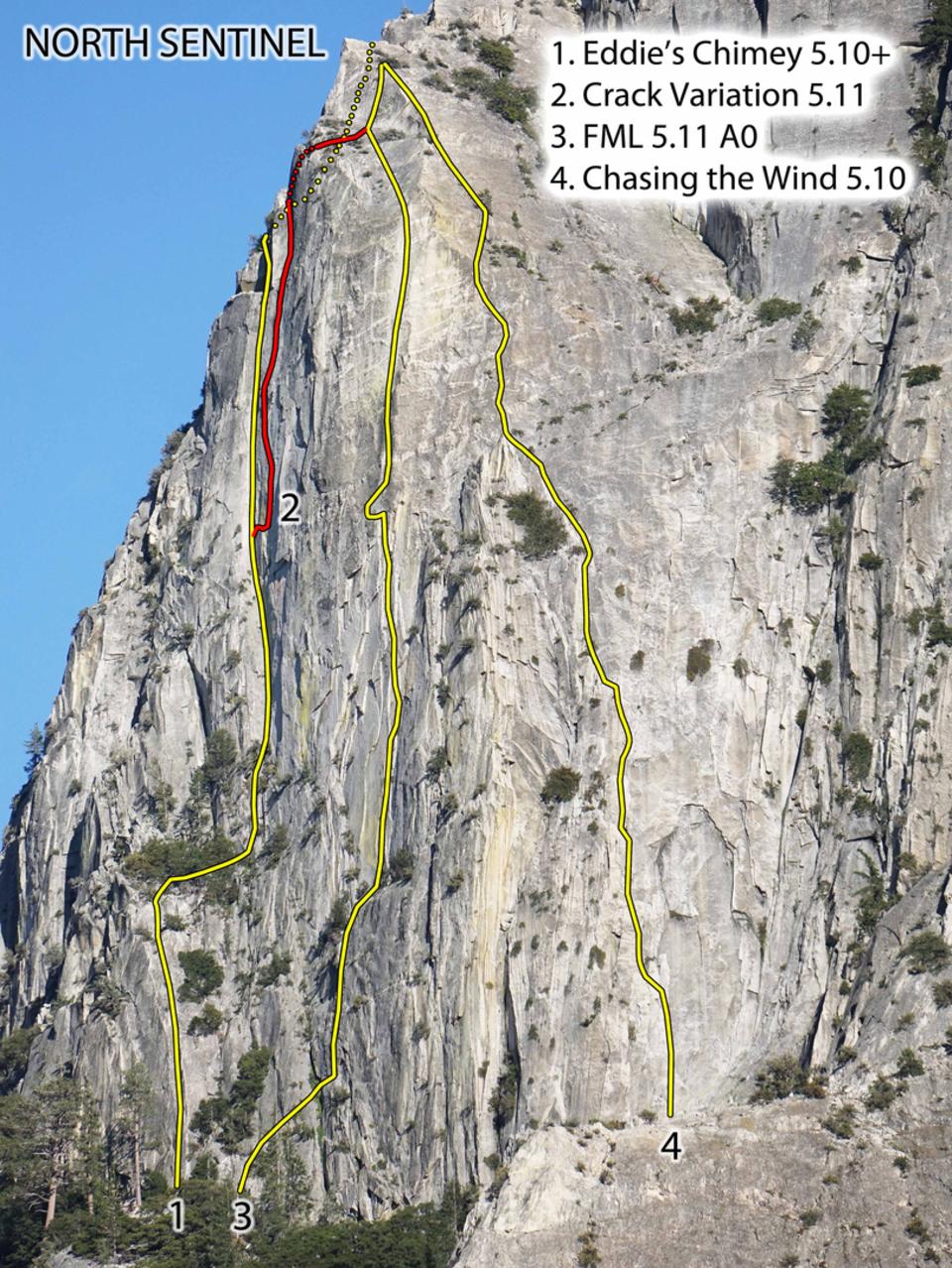 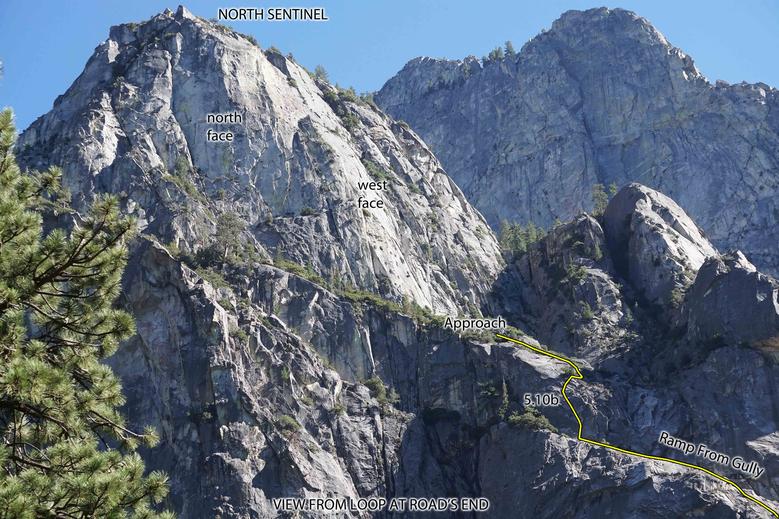 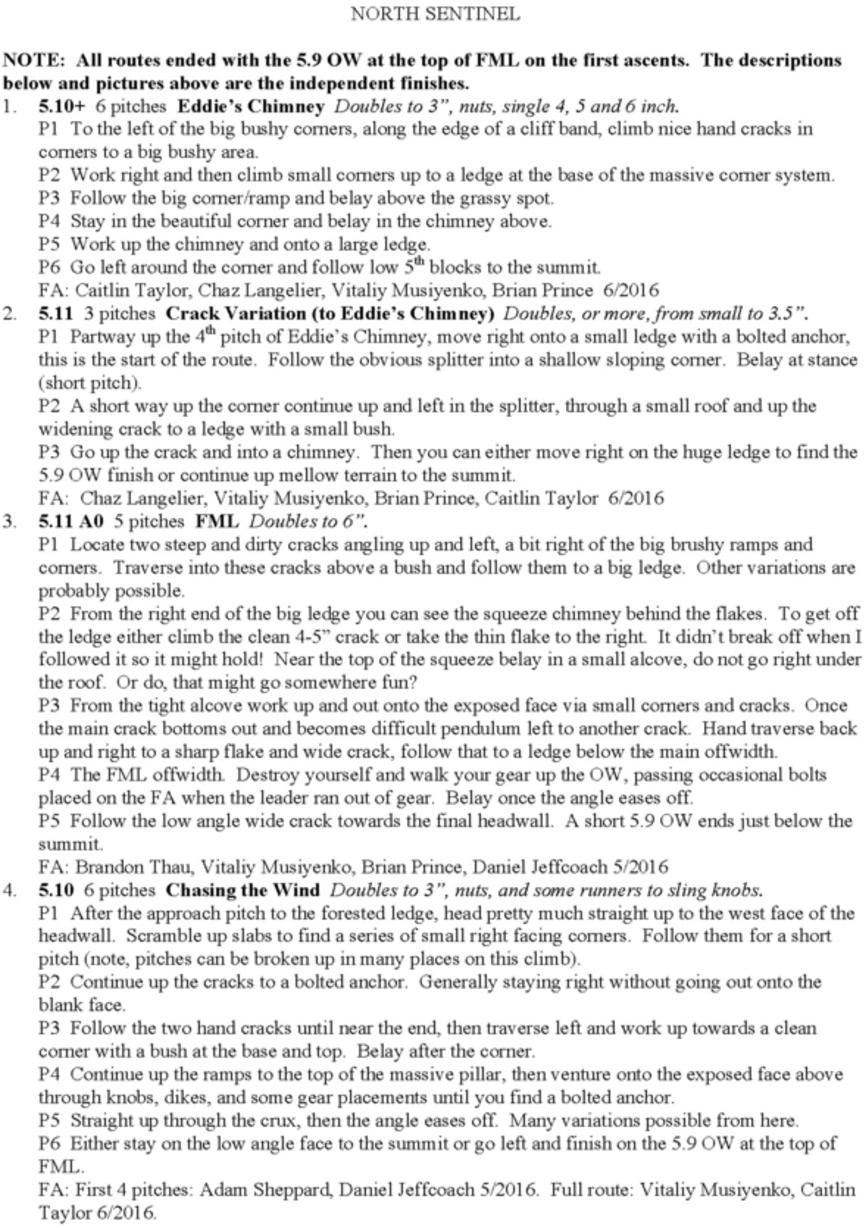 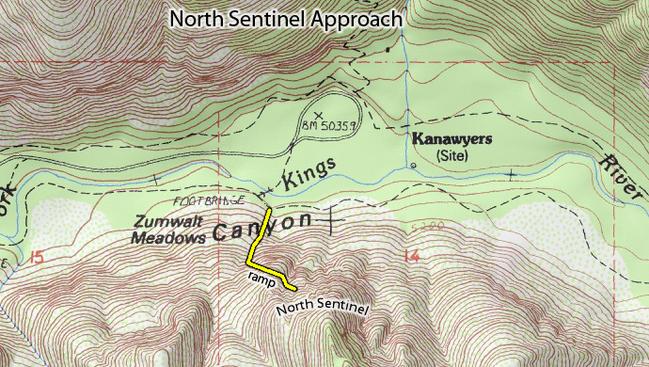 North Sentinel is best known for its profile when viewed and photographed from the deck on the Zumwalt Meadow trail.  Climbers historically looked past it at the more infamous Grand Sentinel.  Only recently has the climbing potential been explored and the few routes weaving up the headwall are outstanding crack climbs.  The approach is a continuous uphill hike with a fun 5.10b pitch thrown in, so while it’s not quite roadside, the hike is worth it for the unique views of Kings Canyon.  If you’re fast it may take just over an hour but expect it to take longer.

Continue up boulders and scree, keeping the base of the cliff to the left.  After ascending about 600 vertical feet look for a ramp that cuts left out onto North Sentinel.  This ramp can be seen from the road and in the picture on the next page.

From near the end of the 2nd-3rd class ramp a short pitch up laybacks and cracks brings you to the forested slopes below the headwall.  All currently recorded routes are approached this way and any of the racks for the routes will suffice for the approach pitch.

Option 1:  From the summit, walk south towards Grand Sentinel and then make your way down into the gully below it.  This can be followed all the way down to the trail by the river but does not access the start of the routes.

Option 2:  Rappel down Chasing the Wind.  This can be done from the top of any of the routes and requires two 60m ropes and probably some webbing.  From the summit, rap down the trees to the northwest along the low angle slabs.  Looks for the lone conifer in a crack near the edge and rap from it down to the bolted anchors on Chasing the Wind.  See pictures and topo below.