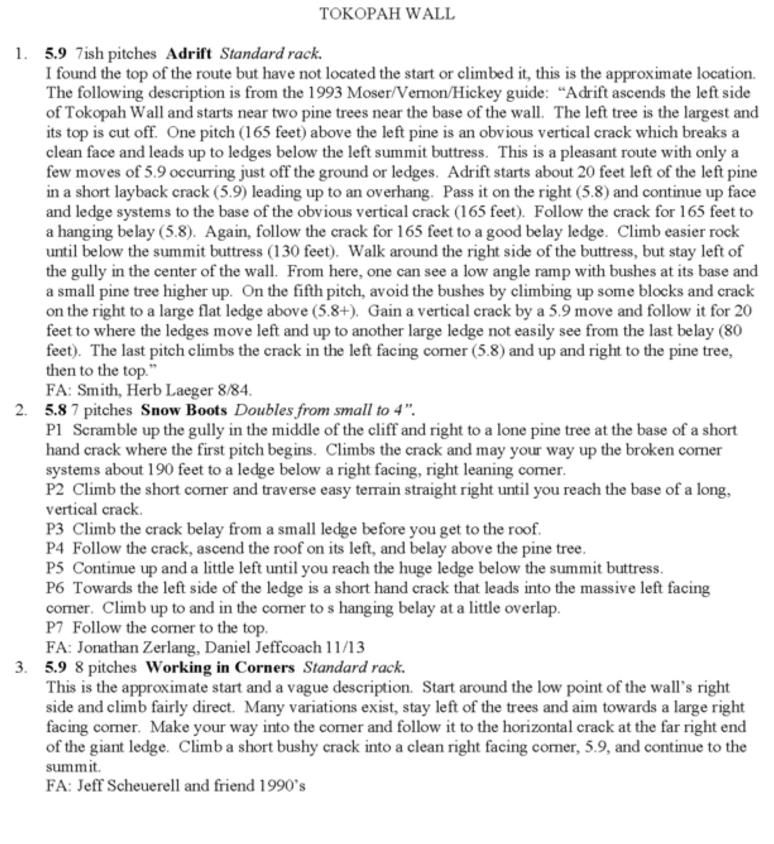 Tokopah Wall is tall, somewhat low angle, and perfect for all day moderate adventures.  It lies roughly opposite The Watchtower and the granite is perfect with a bit of moss and vegetation and a giant gullet cutting down the middle.  Adrift, 5.9, goes up the left buttress of the cliff and was climbed in 1984.  There is reported to be one route left of Adrift and two routes on the right buttress of the wall.  It has undoubtedly been climbed via a variety of routes by people passing through but they moved on without much documentation or evidence, save for a lone bolt off to the right of Adrift, hinting at a fifth route.

Hike the Tokopah Falls trail out of Lodgepole all the way to its end.  Make your way up through the boulder field and skirt the lower cliff band on it's right.  From there, head up and left towards the base sniffing out the easiest path.  To descend, head west towards Horse Creek and follow it back to the trail. 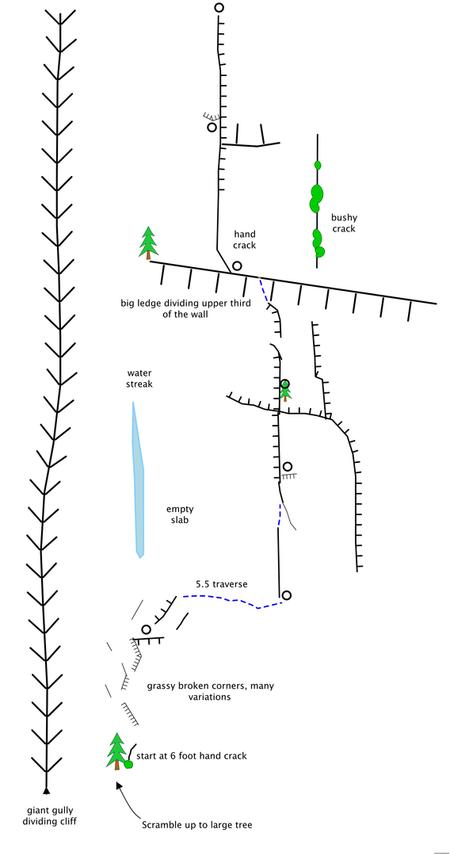 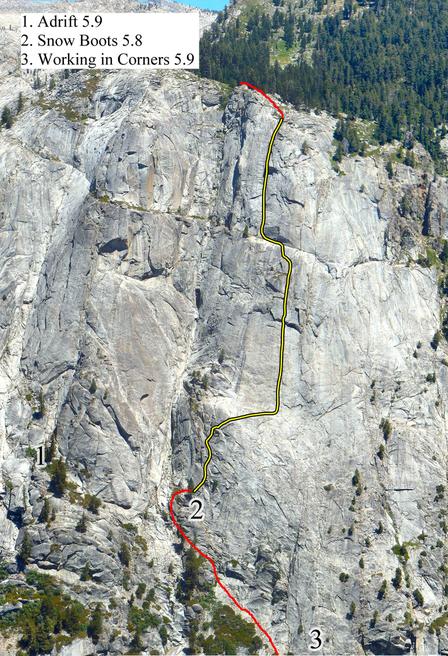