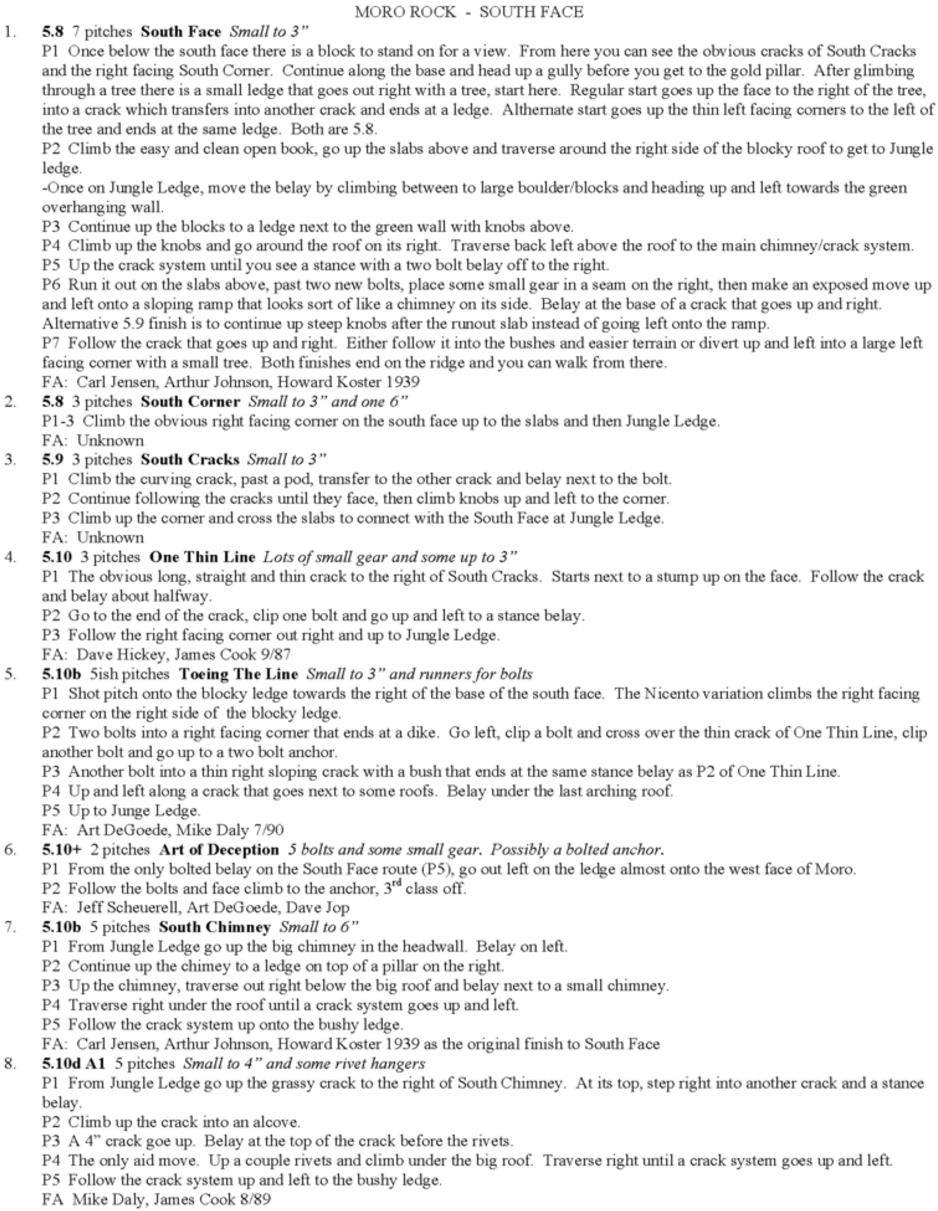 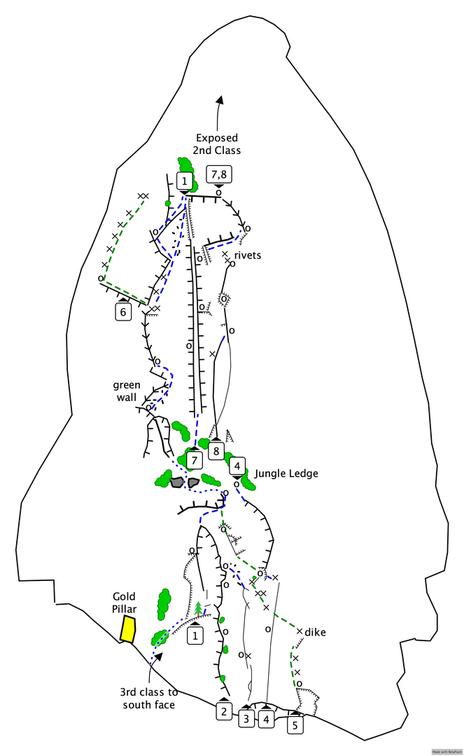 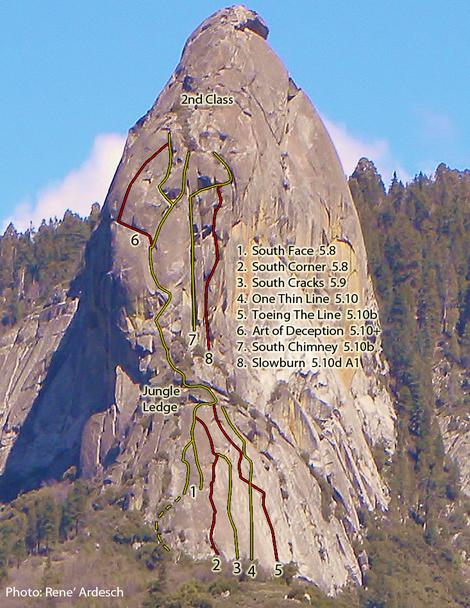 Introduction
The south face of Moro is much narrower than you might expect and it looks almost like an egg with the giant Jungle Ledge cutting across its lower third.   Although there aren’t as many established routes as there are on the other aspects, the south face has the most popular multipitch route on the formation, the South Face.  As with the west face, routes can be combined.  A popular combination is to climb South Cracks and finish on South Face.  One bonus to the south face is that the danger of falling objects is minimal because there are a few hundred feet of ridge walking to get to the railing at the top of the stairs.  Portions of the east and south faces have seasonal climbing closures for Peregrine Falcon nesting, please abide by the closures so the whole area doesn't get closed for nesting like Chimney Rocks.  Closures are usually from April 1st through August 15th, visit http://www.nps.gov/seki/planyourvisit/rockclimb.htm for more info.    I can’t think of anything else to say?

Directions
From the parking lot, start down the gully on the east side of Moro.  The routes start after you begin to go uphill and curve around to the base of the south face.  If you see my orange Nalgene water bottle then you accidentally fell way down the gully to the creek and should call for help.