Tokopah Domes are the orphaned offspring of a dome from Tuolumne and a mischievous peak from Shuteye Ridge.  They are covered in knobs, chicken heads, and runnels with a few cracks and slabs for good measure.  Although the climbing is excellent, they have stayed under the radar until recent years.  One route was reported on the upper dome, also known as Santa Cruz Dome, back in 1980 and the first documented route on the lower dome was in 1992.  They have been climbed over the years, mostly by seasonal employees, but there are few records and only an occasional rusty bolt or piece of weathered webbing to show for it.  Recent development has yielded some classic routes in a picturesque setting.

From Lodgepole, take the trail towards Twin Lakes and Silliman Meadow.  After about a mile you crest the ridge and leave the trail, heading east and staying roughly on the ridge.  Eventually you start to head up and left, northeast, towards the domes and follow the path of least resistance.  If you get lucky you won't have any bushwhacking and end up at a small creek that flows down from the west side of the upper dome.  This makes a good campsite.  The domes have been done both as day hikes and multi-day excursions.  Average approach time is 2.5-3 hours.  Despite what the maps look like you do not want to try to travel directly up or down from the domes to Tokopah Valley. 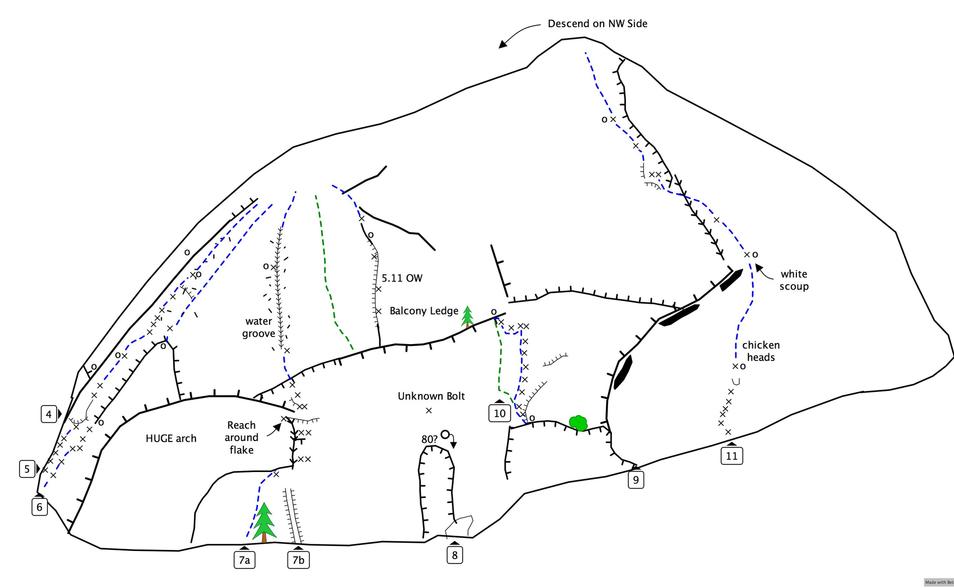 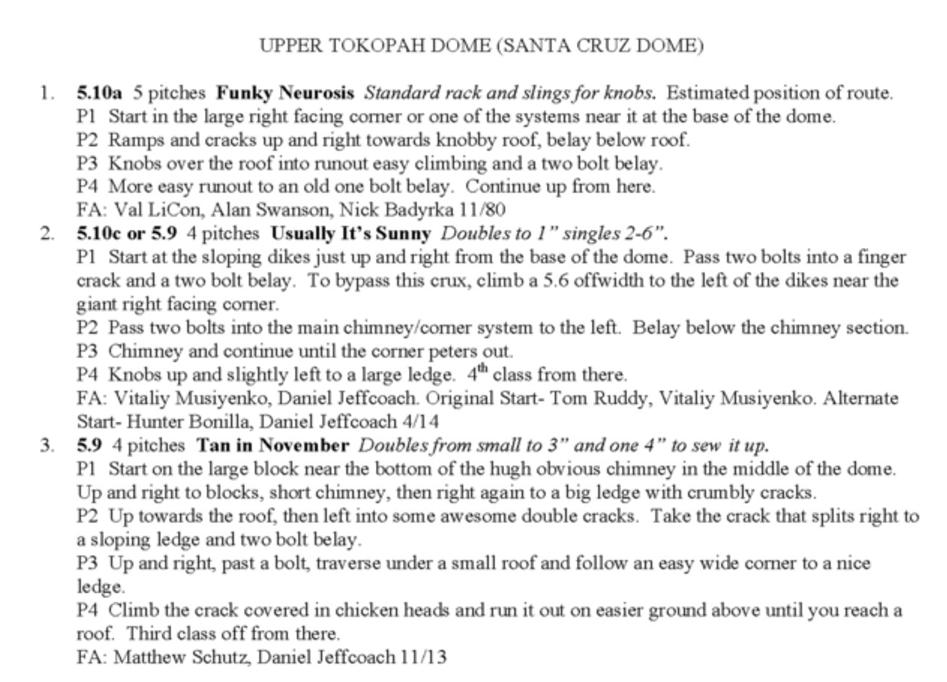 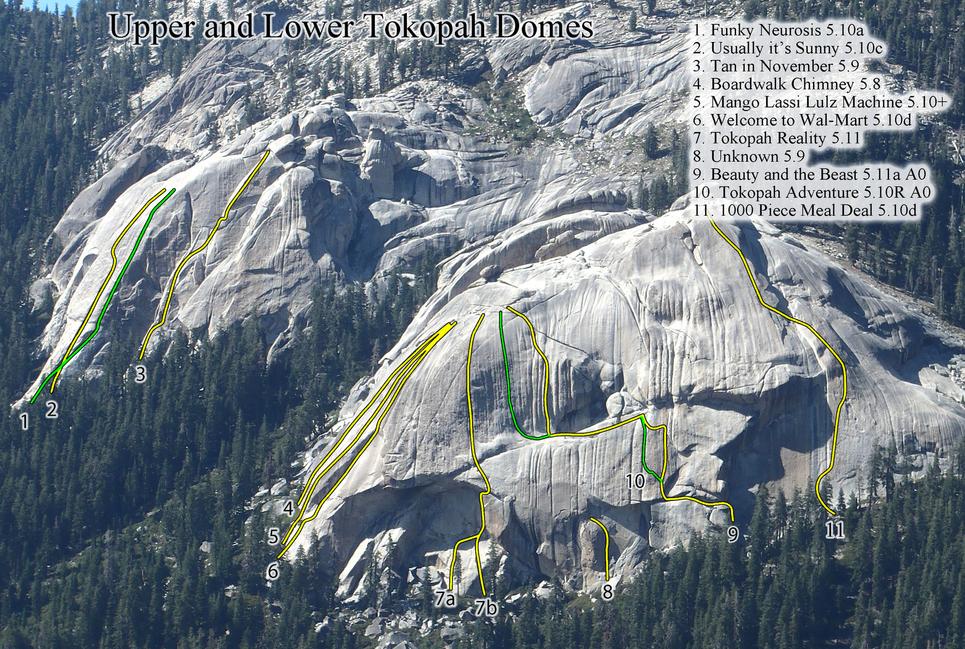 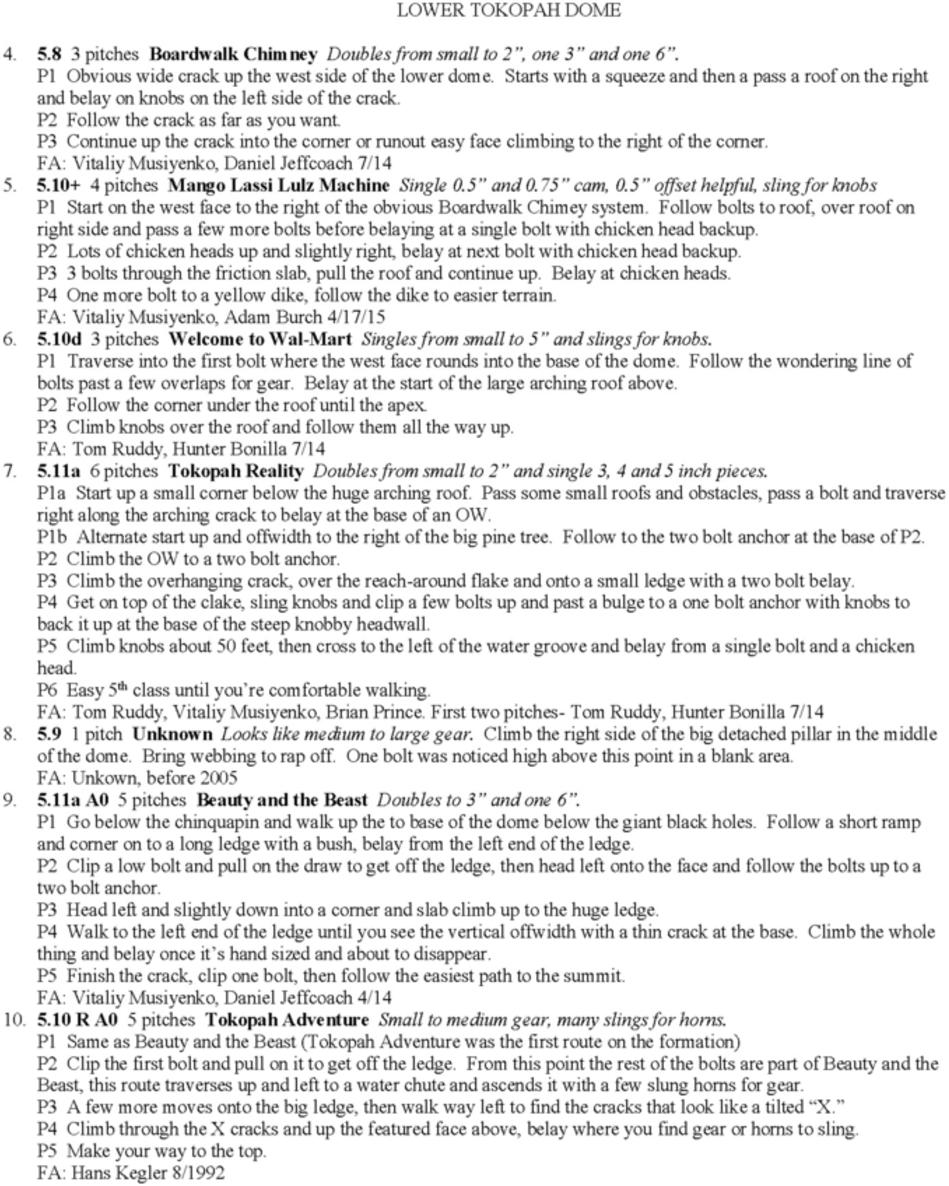 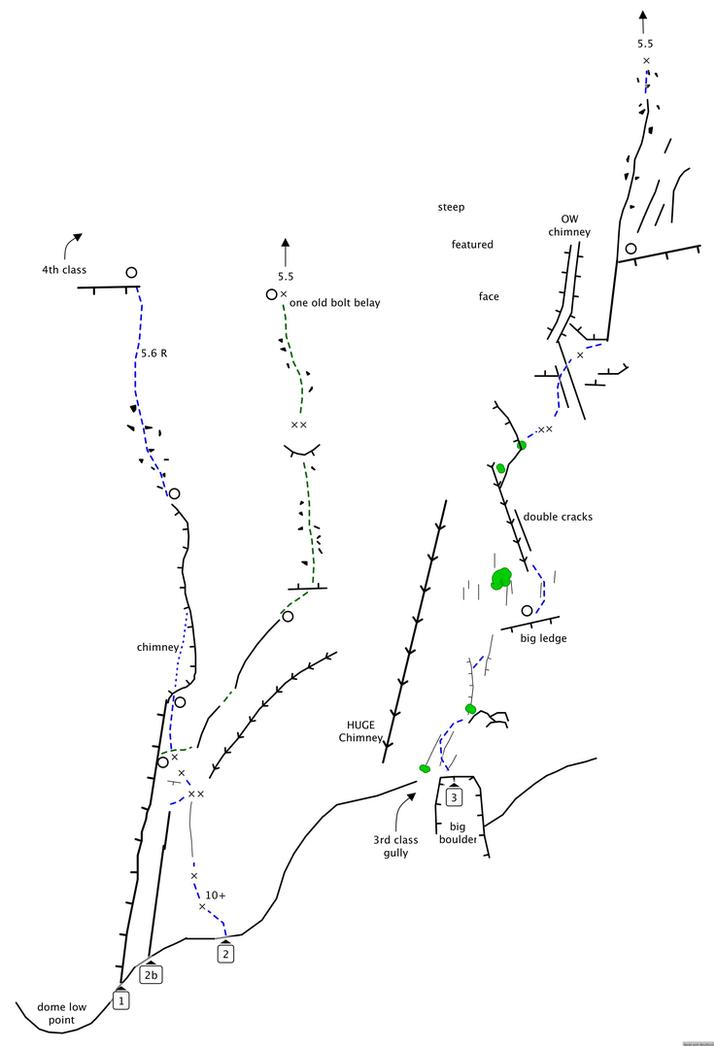