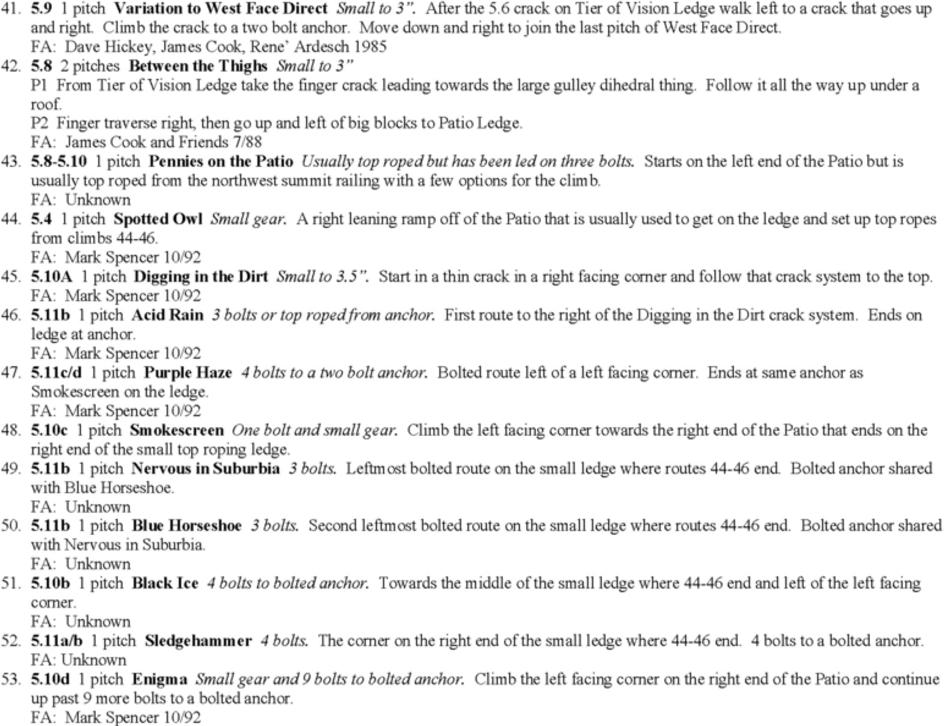 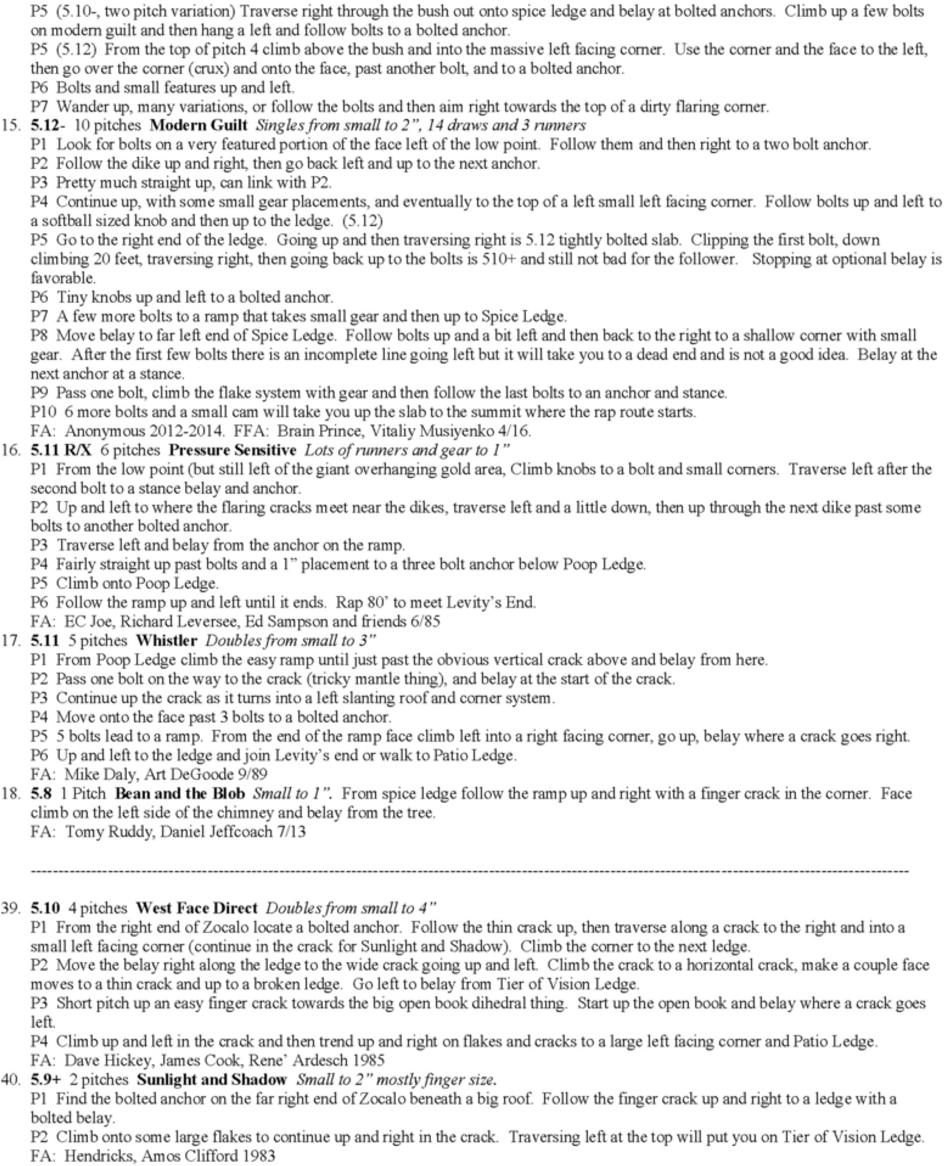 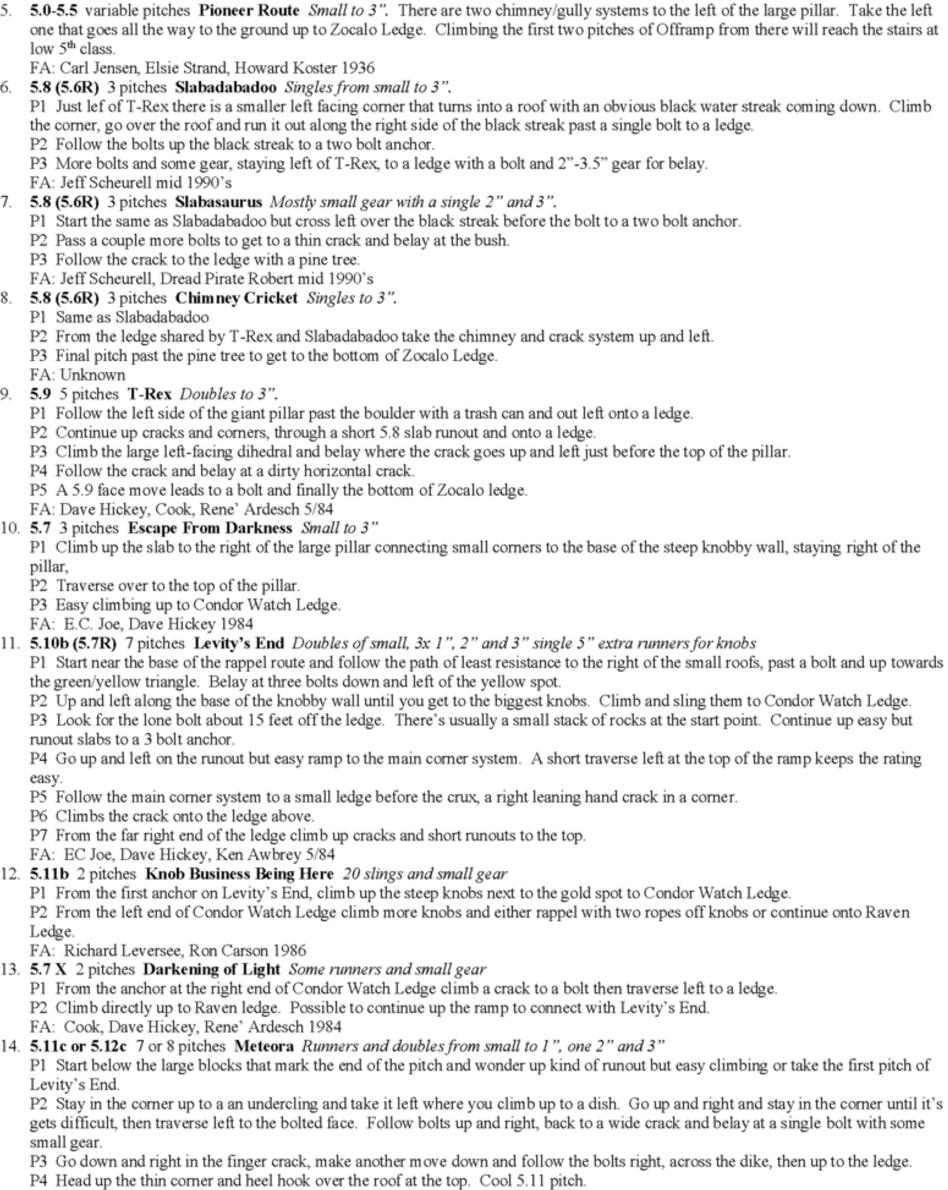 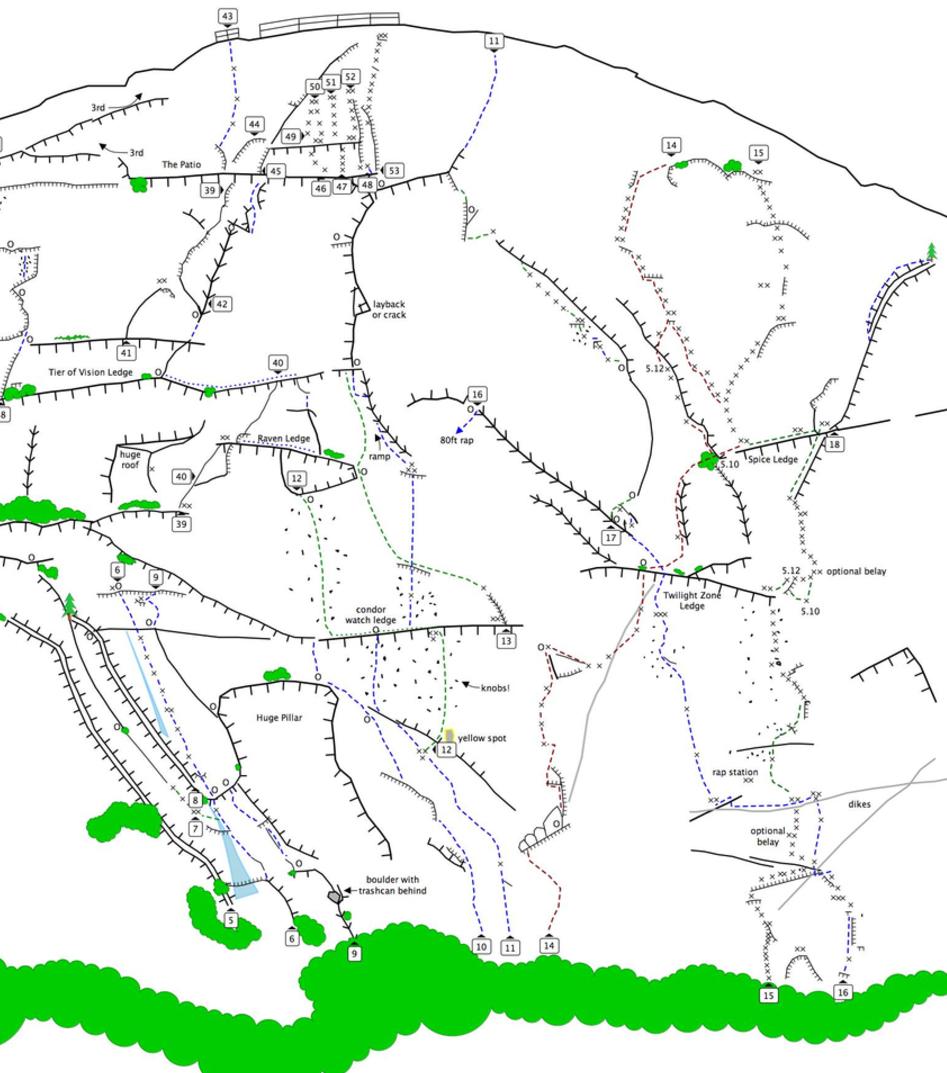 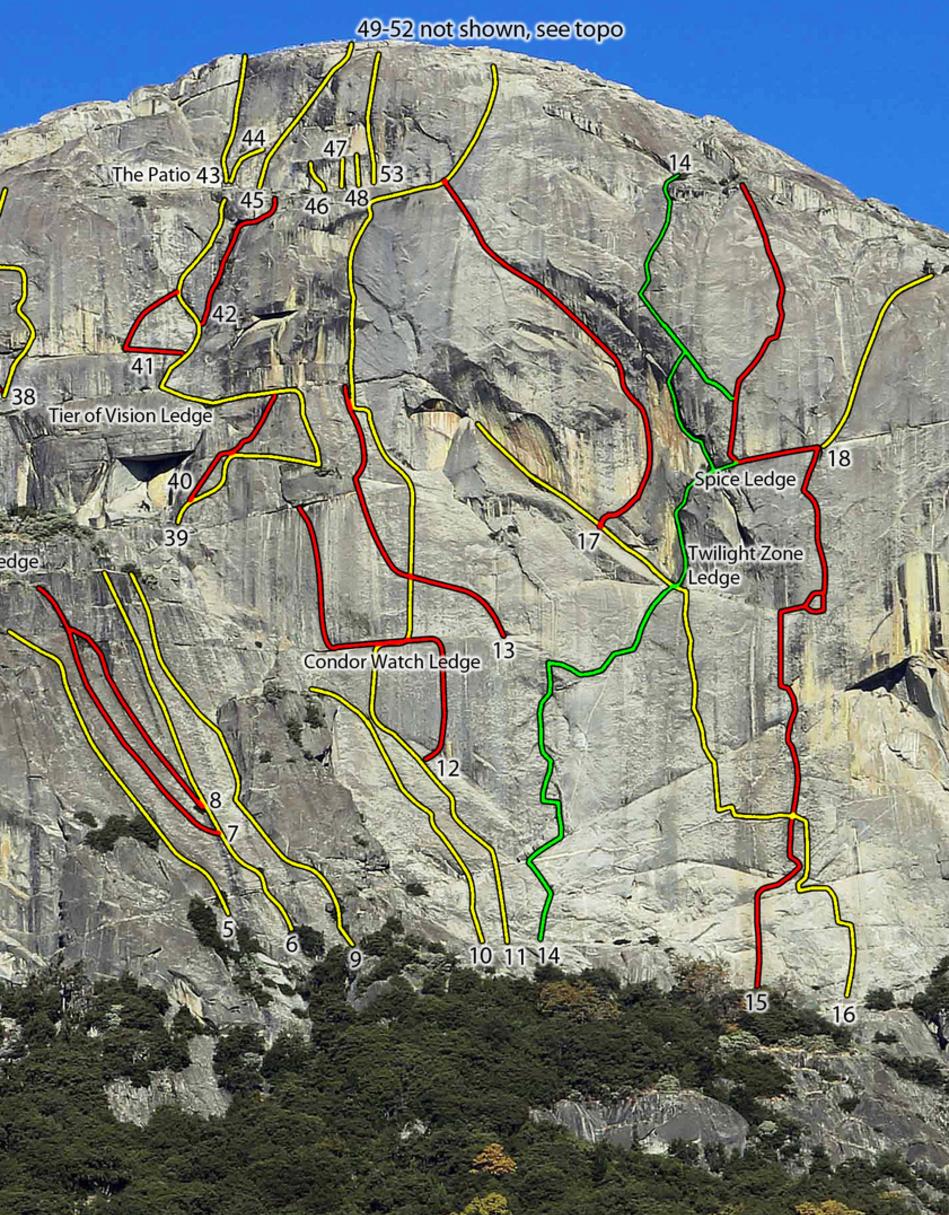 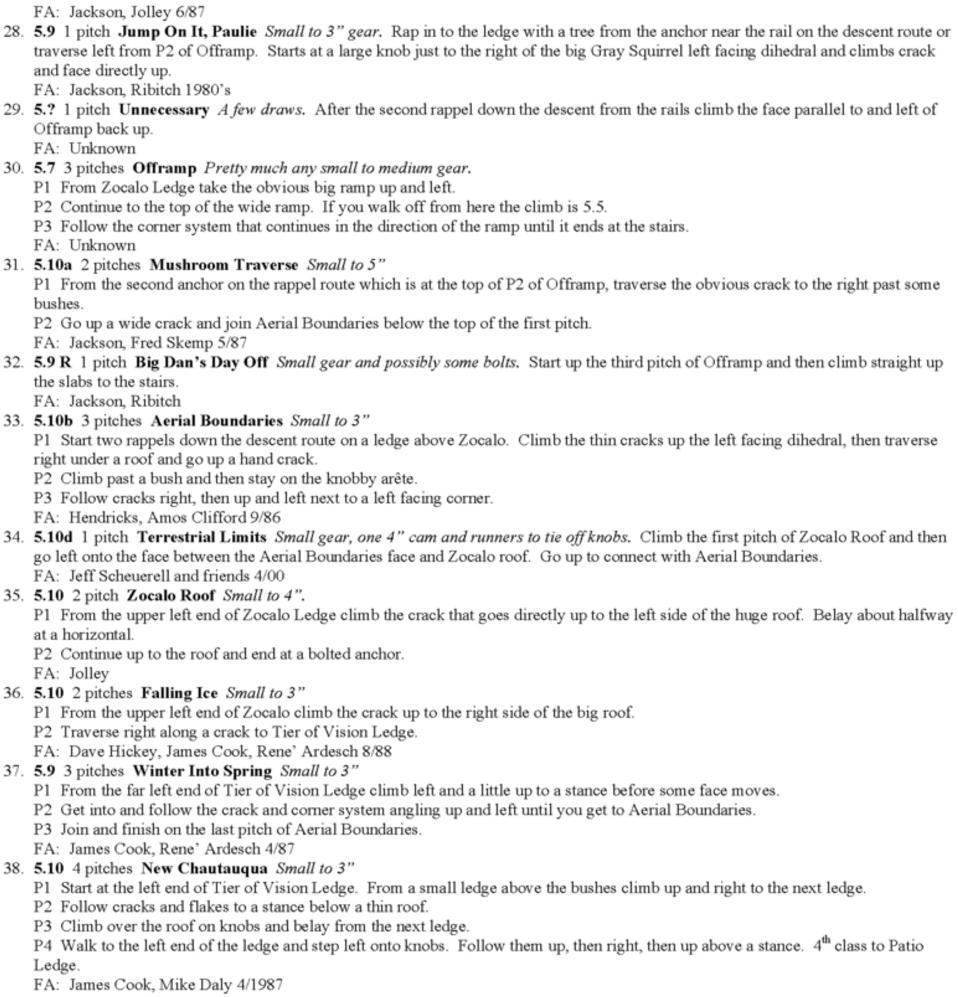 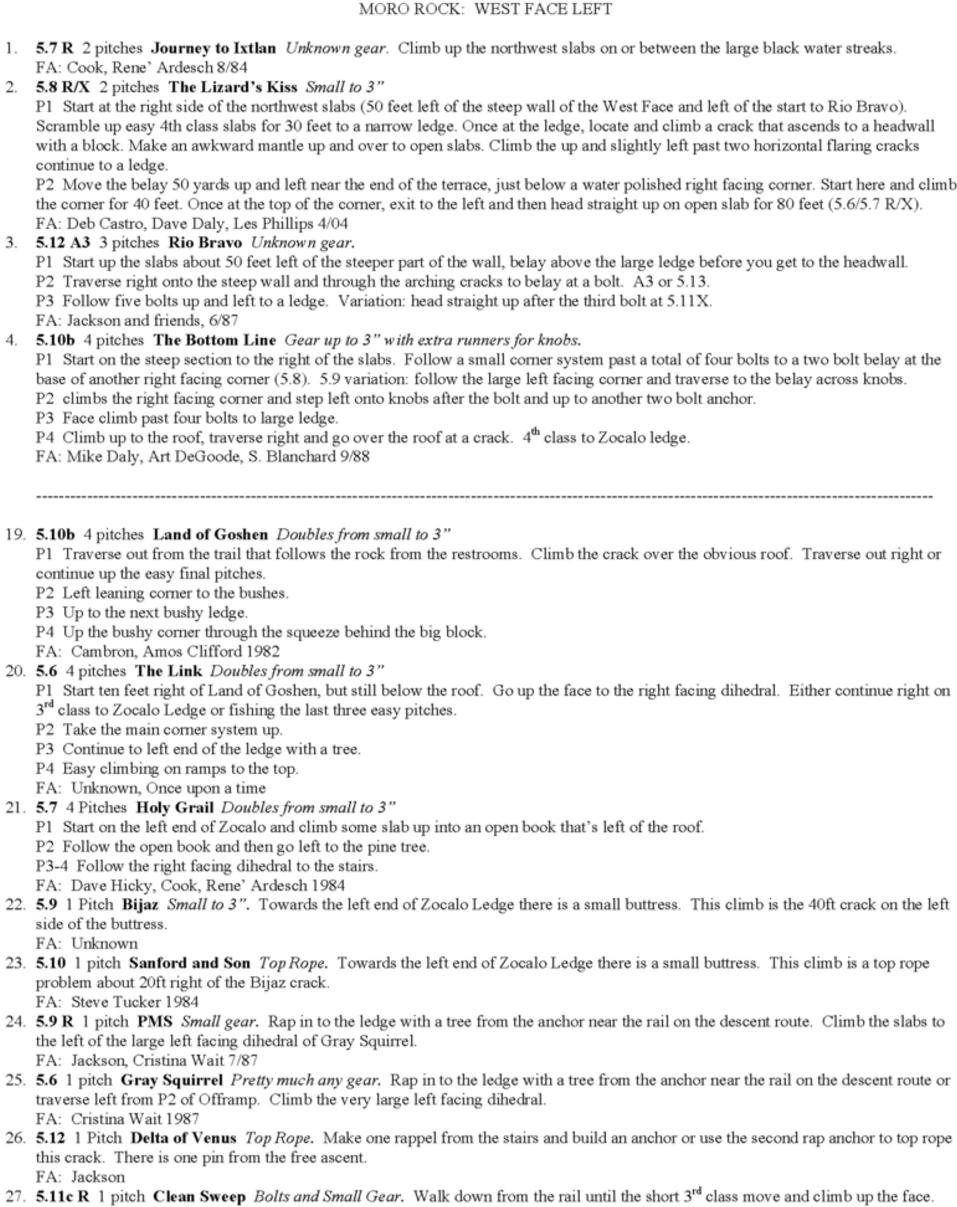 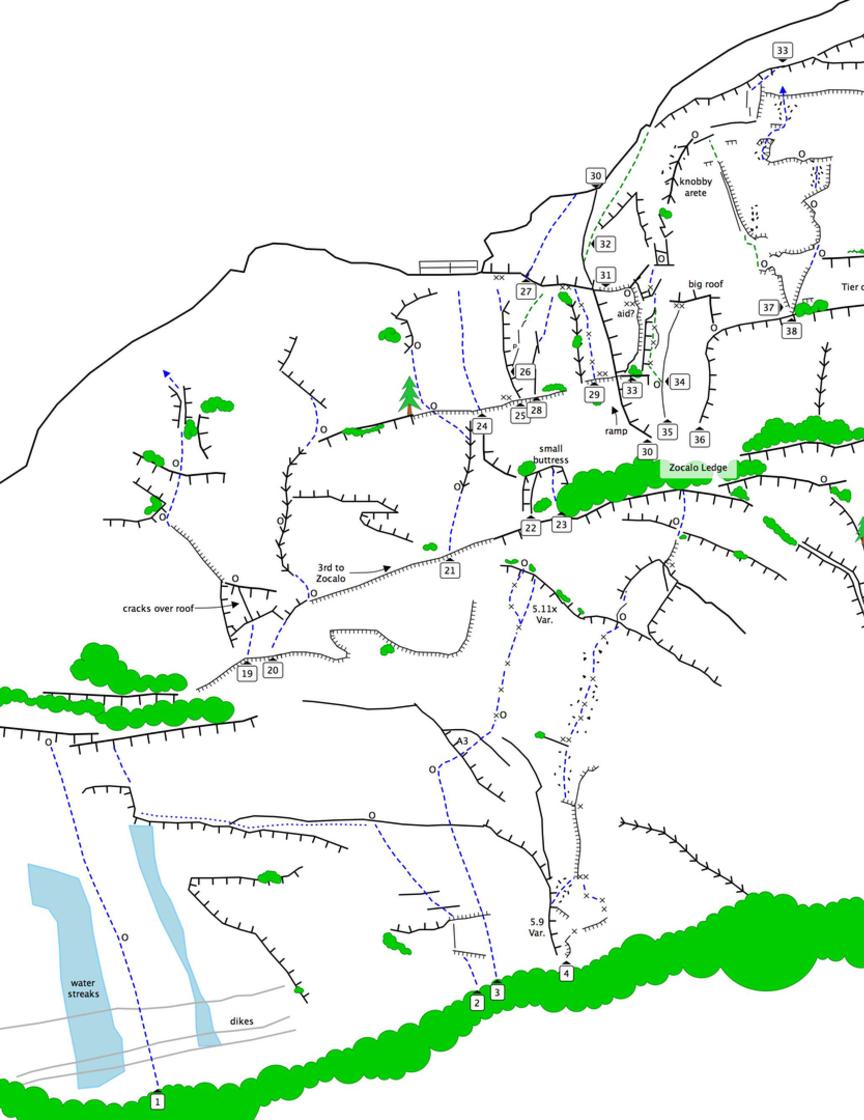 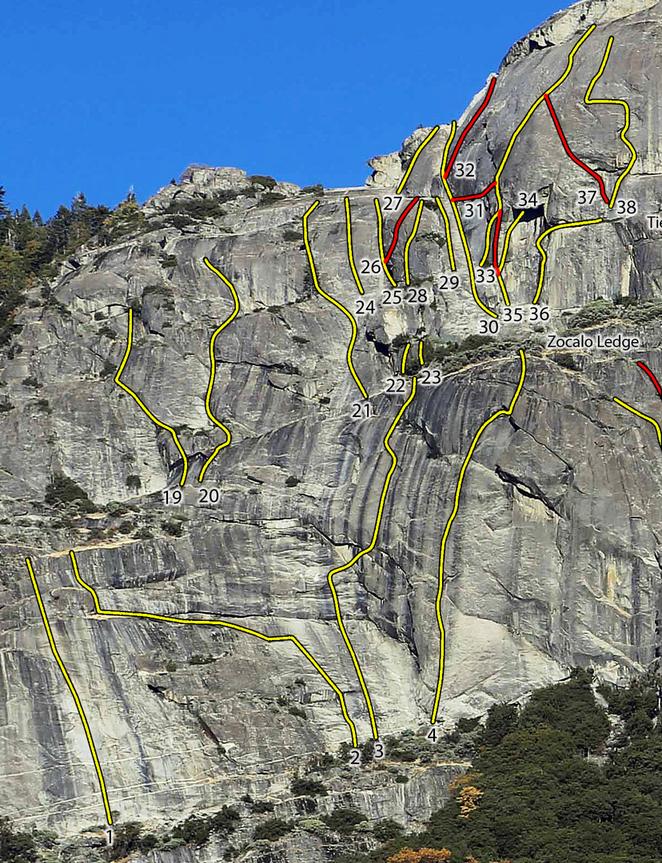 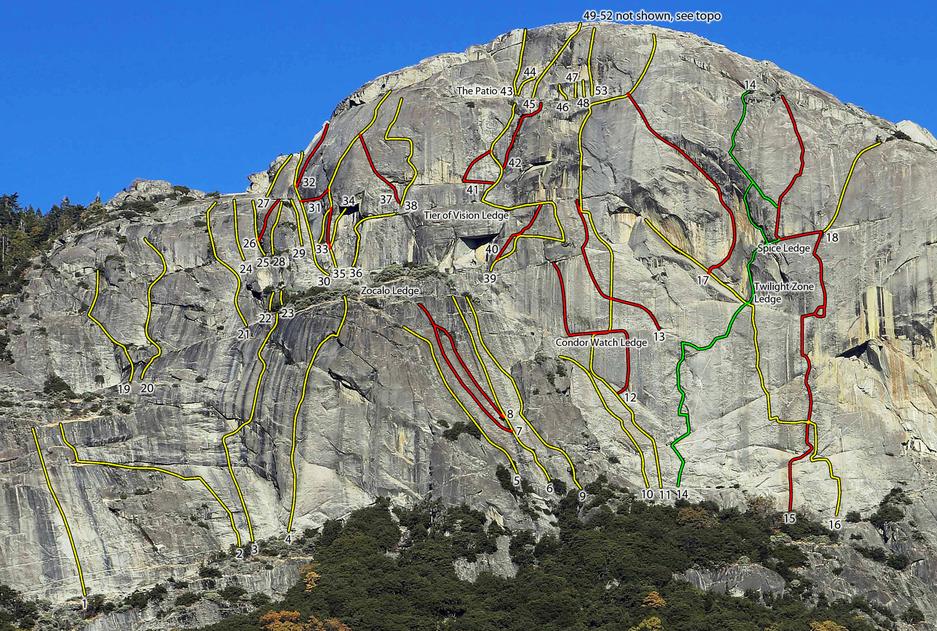 There are five main ways to get to the base or ledge systems on the west face of Moro Rock.  They can be combined or mixed depending on your preference or destination.  I have not measured these routes but I always have double ropes or a tag and it has proved necessary for many of the raps.  If you are better with details than I am then please share and I’ll add in the info.  Knott the ends of your ropes, you’re not too cool or experienced for gravity, it will still get you!!! 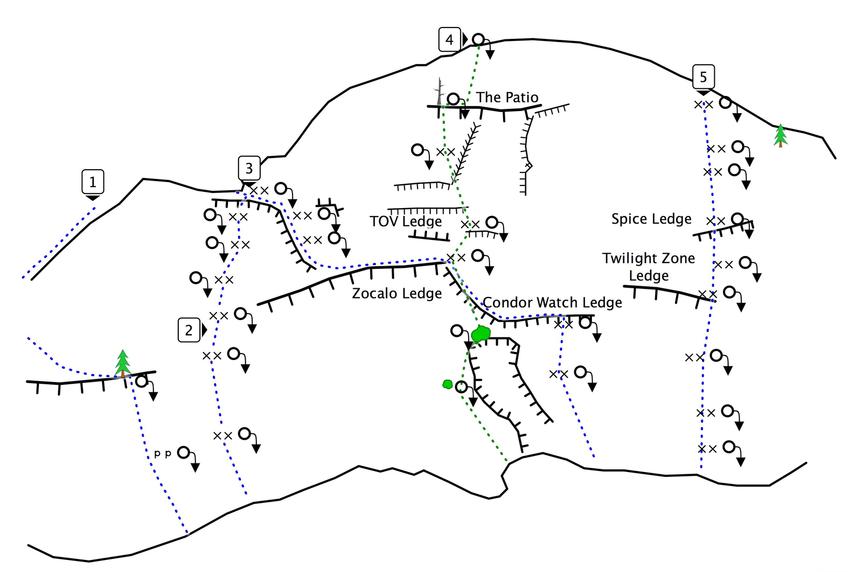 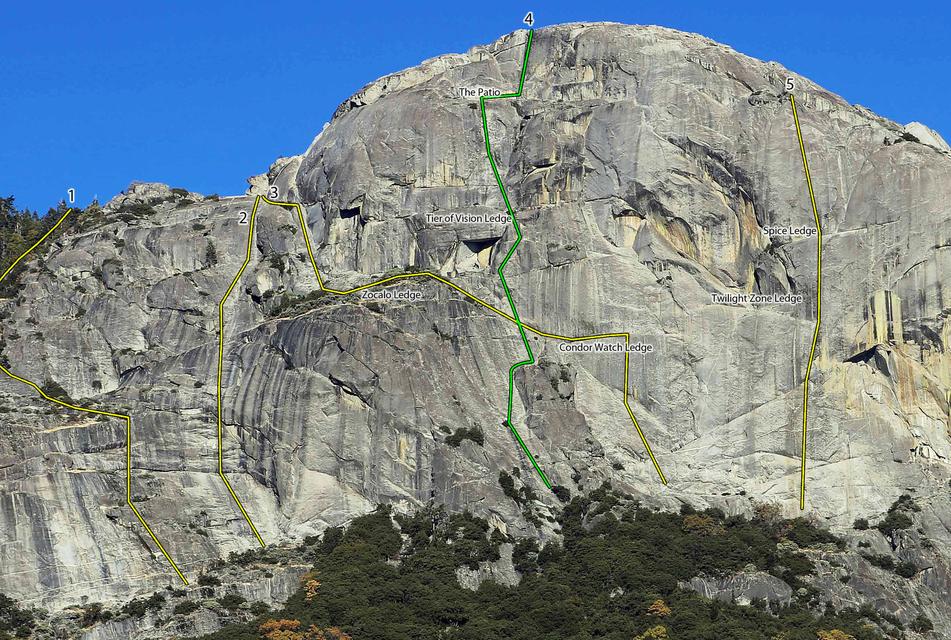 The west face of Moro is the largest and has more climbs than any other aspect.  Because there are so many large ledges is it possible to link many of the climbs for a 'make your own adventure' sort of experience where you can climb bottom to top at no harder than 5.8 or up to 5.12 if you choose.  Because the face is so massive the topo only shows major features so keep that in mind when looking for routes.

Getting to the routes on the west face is more complicated than the east or south sides because walking along the base is a time consuming bush whacking affair.  Because of this most approaches involve rappelling in from various points.  These are briefly covered below.  Take these directions with a grain of salt, use your brain, and knot the ends of your ropes!