The Chimney Rocks area is comprised of roughly six granite formations with routes from 1 pitch to 700 feet. There are dozens of beautiful climbs with everything from clean cracks to thin slab, and even some knobs. Many routes are trad, but close to 20 of the routes on Crystal Wall are bolted so there is something for everyone.

Chimney Spire, the most popular formation, has at least thirteen routes of it's own, with Duet (5.8++) being the most popular. The other formations include Chimney Rock, Crystal Wall, Dinner Wall, The Monk, Moccasin Ridge, and Sasquatch Spire. The area has a sporadic first ascent record as attention grew and waned over the years. Many of the routes were pioneered by employees at a nearby Christian Camp that is now closed.

Although the area has some of the best, and most easily accessed, climbing in SEKI, it only has a short window when it is open.  The dirt road accessing the formations closes with the first snow and the entire area is closed during peregrine nesting season from April 1st to August 15th (or until nesting has ended).  It is still possible to ski the road when the gates are closed but please do not enter the area during the falcon closure.  Crystal Wall used to remain open year-round but climbers abused the privilege and went into closed areas, resulting in a complete seasonal shutdown of the area.  Work is being done to regain the trust of the forest service so please do no jeopardize access for everyone.  For closure updates and information you can reach Sequoia National Forest wildlife biologist Jeff Cordes at (559) 338-2251 x380.

From the Generals Highway between the Big Baldy trailhead and the Stony Creek Lodge, take Road 14S29 West. There is a sign that reads "National Forest Organizational Camps, San Joaquin Far Horizons." Follow the main road and signs for about four miles until the road makes a hard left down the hill and begins to worsen.  Just before this turn a spur continues off the right side of the road to the parking area.

At this point you can take a trail (by the old sign post) south to approach via Crystal Wall (10 min), or West to approach via Camp Ridge to the notch above Chimney Rock Spire (20 min). The trail West leaves from the north side of a downed tree that blocks part of the loop at the end of the road. The two trails can be connected by scrambling along the north side of Crystal Wall.  Follow the path of least resistance to other formations, which are usually accessed from the top.

See the maps for more detail and be sure to pay attention on the approach.  Although it’s short and looks easy, several people have gotten lost on the way back to the car and been benighted. 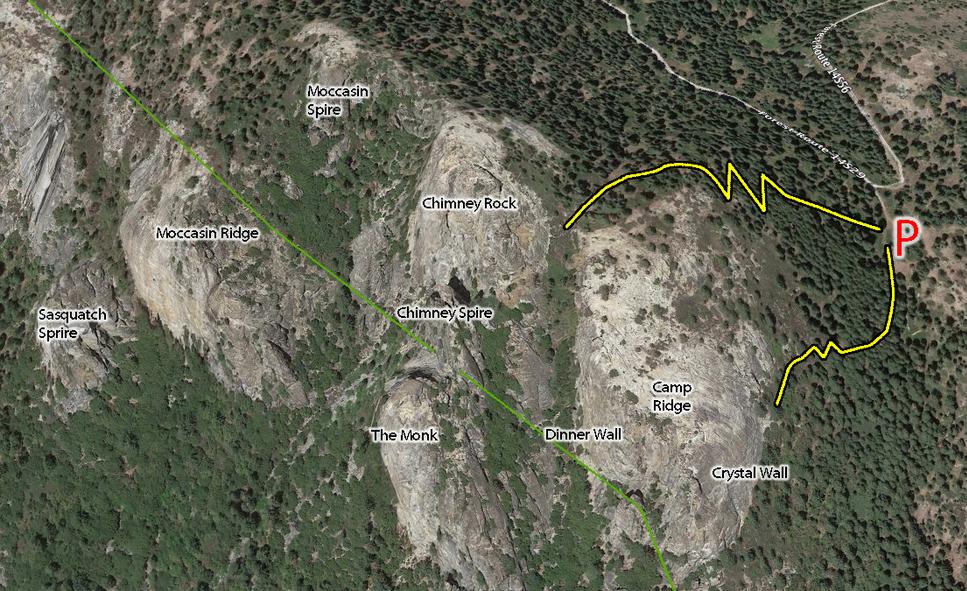 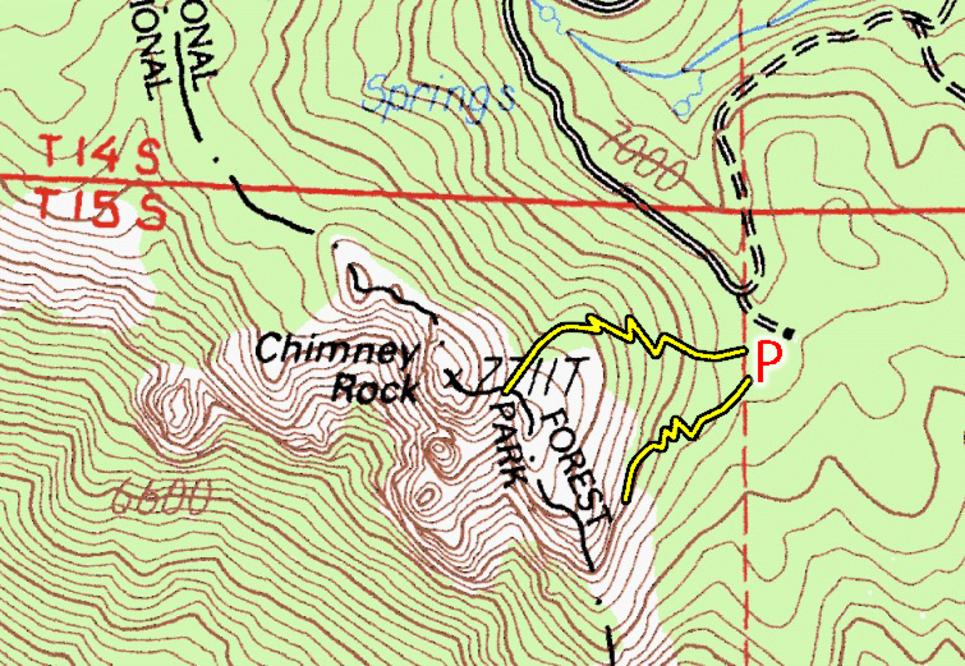 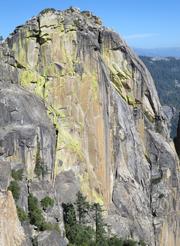 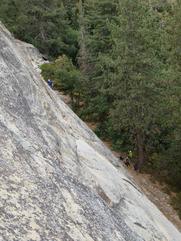 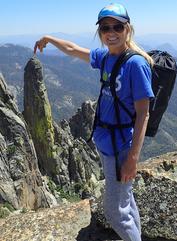